1. What is the definition of a French fiscal non-resident?

Defining the notion of 'fiscal residency' is important because it will enable the taxpayer to know his regime of imposition in terms of income taxes.

The definition of 'tax domicile' in French tax law is enshrined in Article 4B of the 'Code Général des Impôts' (CGI), where it is underlined that the taxpayer will be considered to be resident in France for tax purposes if one of the following criteria is met:

2. How does the French income taxes function for a non-resident?

Any income from a French property is taxed in France regardless of the nationality of the owners. It is important to make the distinction between the following two categories: 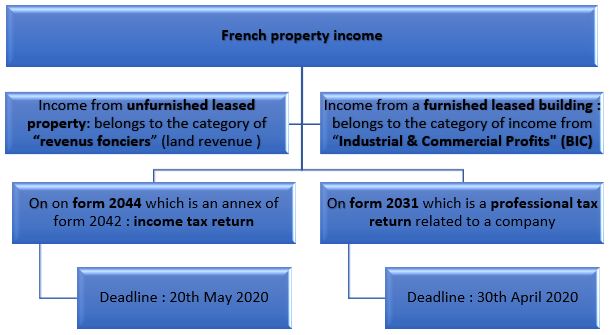 Non-residents will be charged the minimum rate of 20% on the portion of their net taxable income less than or equal to the upper limit of the second bracket of the income tax scale, and a rate of 30% on the portion above this limit. In other words, and to clarify things:

3. What are the main rules which are applied to the non-resident?

If you consider you are non-resident, but you earn any other income from France (e.g. dividends, pension, interest), your liability to taxation is going to depend on the terms of any double taxation treaty between France and your home country.

In general, under the terms of most double taxation treaties, rental income is liable to taxation in the country where it is earned.

However, depending on the terms of any double taxation treaty between your home country and France you may well then be entitled to partial relief or exemption against potential tax liability in your home country.

Filling out and submitting the French income tax can be a maze which require time and energy especially since the tax forms are E-Filles since 2015. That is why, we propose you to be supported by choosing the following two options: choising a certified chartered accountant- BUDIZ or going through an independendent company specialized in French investment- French Tax Online 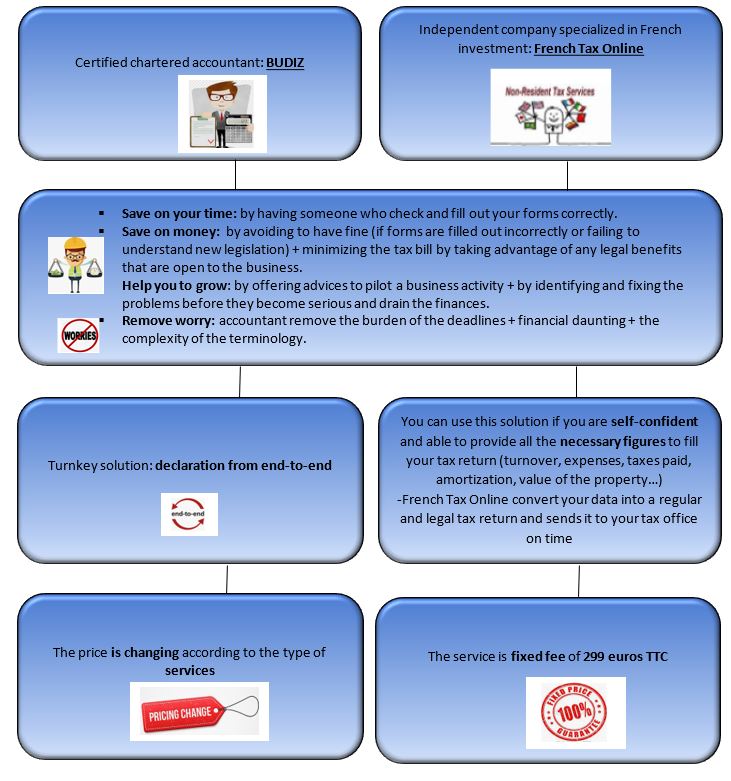 Describe how the VAT is running out in France, its rules and process